Here are eight lies daughters of narcissistic mothers tell themselves about men and the critical questions they should be asking themselves instead.

From my therapy couch, I see woman after woman convince herself to “settle” for less than she should. When she has an impaired mother she comes by this honestly. Especially if she is in the “good” daughter  role with her difficult mother she is used to putting another person’s needs ahead of her own.

1.“You know John is great. Except, of course, when he isn’t. The good times outnumber the bad.” – Are you always holding on to the good times and trying to forget the bad ones?

2.“There is a lot about him I do like, but he doesn’t always come through with his promises.”– Are you still hoping his behavior will somehow get better, that lapses are the exception rather than the rule?

3.“I think he has a lot on his mind these days.”– Do you always make excuses for him and give him a pass?

4.”I wish he would talk to someone.” Yep, there is always that one—he isn’t the one on my couch, paying my fee & examining himself, now is he?

5.“I’m just going to give it some time and see how things go.”-Time isn’t going to fix this one; it will only prolong your misery.

7.“I’m not sure whether to say anything or not. I don’t want to come across as demanding or chase him off.”– Are you selling yourself short, blaming yourself rather than moving on?

8.“I really don’t want to go back out there in the dating pool. You just don’t know how bad it is. I’m not going to find anything better.” – Is this ever a good reason for settling for less than you should? 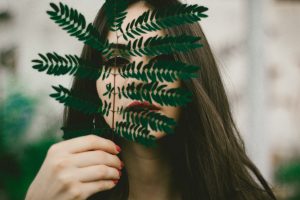 Translation—In one form or another all these women are all saying the same thing:

“I don’t know what to do with my needs in a relationship.” Can I just tell you how often I hear the ways my clients sell themselves short? It makes me so sad. I wonder—how could we as women have failed each other so completely that daughter after daughter keeps throwing herself away and selling herself short? Men will never step up to the plate if we keep settling for less.

As a psychotherapist to women for the past 30 years, I have found adult daughters of Narcissistic Mothers internalize disempowering messages from their mothers. These messages sabotage their well-meaning attempts at finding happiness. Daughters of Narcissistic or Difficult Mothers carry the unconscious assumption that they must make up for their inherent unworthiness by overcompensating in their relationships.

If you have a Narcissistic Mother and take on the role of the “Good Daughter,” you learned that your needs don’t count—
So you either…

1) Work to manipulate a man, instead of setting the foundation for a good relationship by being genuine and letting things develop in their own time.

2) Settle for less than you deserve hoping he will come around.

You don’t speak up about the hurt you feel for fear of appearing too needy. And then you find yourself faithfully waiting & hoping. You just want to love and be loved. “Is that asking too much?”, you say. The Narcissistic Mother sends the message to her daughter that the way to be loved is to accommodate and adapt! Chances are, if you have been raised by a  Narcissistic Mother, her defenses have left you feeling unlovable at worst, or that love is conditional at best.

If so, you may feel ashamed that you have any needs at all. You have been unconsciously programmed to put yourself last. And the more you settle for less, the harder it is to see the inequities or to extricate yourself from an unbalanced relationship. What you can’t see is that “making it work” is both breaking your heart and chipping away at your self-worth, one compromise at a time.

Here is the truth, as I know it—

Just because Mom was insecure ( the core reason for the Narcissistic defense)  and acted as if she didn’t count, you don’t have to do the same. When you ask yourself the hard questions that will get to the truth of what is actually going on in your relationship, you protect and value yourself in ways mom couldn’t.

You can grow beyond your Narcissistic Mother’s imprinting. Paradoxically, when you stop settling and start valuing yourself, you will attract men who will do the same.

Before my head explodes- hear me out. There are some good men out there. When you give up the Good Daughter role with mom and yourself – you can embrace your inner feminine power. That power is whole, multidimensional and SEXY! It starts with you.

I’m going to tell you something you mother couldn’t. Your essential feminine essence is your truth and your power. Get in touch with her and leave the lies behind for good. You are so much more than good, daughter.

Find out if you are trapped in the Good Daughter role here.

This article first appeared in https://psychcentral.com/

As a psychotherapist to women for the past 30 years, I have found Adult Daughters of Narcissistic Mothers internalize disempowering messages from their mothers. Click To Tweet If you have a Narcissistic Mother and take on the role of the “Good Daughter,” you learned that your needs don’t count and you take this into your romantic relationships— Click To Tweet Paradoxically, when you stop settling and start valuing yourself, you will attract men who will value you. Click To Tweet

Counseling by Katherine Fabrizio
5.0
Based on 4 reviews