Daughters of the Lie: ( Patriarchal) Lies Your Mother Told You and the Truth That Will Set You Free

” I know what I should do. I just can’t make myself do what I need to do.”

After 30 years of listening to women in psychotherapy, I have heard the same problems over and over. The mother, who can’t stop micromanaging her child and wonders why she is floundering. The wife, who is stuck in a loveless marriage doing it all, and can’t bring herself to leave. The single mother, who always gives more than she gets, and settles for far less than she should.

They all know what they should do.

But they can’t bring themselves to do what they know. The voice of self-doubt drags many of these women down and pins them to lives that are far less meaningful and satisfying than they could be. Where-oh-where is this voice of self-doubt coming from?

This voice is no stranger.

How can a mother who loves her daughter harm her?

Most likely she wouldn’t, not unless she was harmed herself and carries this hurt at the unconscious level.

Likewise, she must be pretty, and demure enough to attract a man, but she mustn’t be a sexual creature.

Mom didn’t make the rules, she obeyed them.

She saw firsthand the women who dared break them.  She saw the friend, who became pregnant, fall into poverty, her hopes and dreams of economic security dashed.  She saw the woman, who dared to divorce the husband who beat her, shunned by her fellow church “friends” or neighbors.

At work, mom was expected to deny herself.

No one wanted to know about her discomfort. She suffered through control top pantyhose and high heels that pinched. Power suits her only amour as she fought for relevance in the male-dominated and created, world of work. Mom frequently bumped her head on invisible glass ceilings that held her back and down. Shoulder pads, in fashion at the time, squared her shoulders as she also shouldered the lion’s share of responsibility at home, many times following a hard day at the office. Double standards were so much the codified norm; mom didn’t think to question them.

Every woman knew implicitly, this was the price to pay for having it all.

If a woman didn’t play by the unspoken but keenly felt rules, she suffered. What’s more, mom saw firsthand, the jealousy and petty envy that targeted women who were successful in their own right. And mom became very afraid, afraid for her daughter.

So this voice fearful for her daughter cautioned her not to be too much, want too much, or feel too good.

The message, right at the edge of awareness, whispered,  to be a good girl and a good daughter, you must not live too large, ask for too much, or be too much trouble. You must put yourself last.

This is how a mother passes the mark of the patriarchy to her daughter.

To stay attuned and aligned with mom, her daughter feels the pressure to bear this mark, many times at the unconscious level. In this way, mothers and daughters can form an alliance based on their mutual agreement to remain small. To remain undifferentiated and underdeveloped is encouraged. To be good for mom, to remain the “good daughter” is to carry out the patriarchies’ mandate.

The payoff for mom is that her daughter, bearing the mark, will never leave.

Mom conveys the message that says, “As my daughter, you are never to break this spell.  As prisoners of this curse, we will stick together and never grow apart.” Our pact is this: “You will never grow up completely and, in return, I promise to never leave you.” In this way, the mother casts the patriarchal spell onto her nearest and dearest, her daughter.

But leave, and be left, is the way forward in health.

Some daughters never reach this stage and settle for living small and clinging to mom. It is too scary, too disruptive & too messy to do otherwise. For the evolved daughter who says….. enough! She has a hard road ahead.

She is the one who will pay the price, the price of freedom from the patriarchy.

Specifically, she is destined to grapple with the patriarchal messages passed down by her own mother. She must navigate the treacherous journey through guilt, sorrow, betrayal, leaving, and being left…. all a part of her journey towards freedom. This can be hard lonely work. Yet engaging with and working through stages of anger and grief, is the only way the daughter of the patriarchy can break free.

Just as her ancestors were burned by the millions, she now must torch the lies that tell her she isn’t good enough; even those lies come from her own mother.

Only then can she burn off the patriarchal untruths to render the truth of love and compassion for herself. Renewed, she will refocus her energies and learn to source her own internal wisdom. The wisdom her mother had to suppress. This is the wisdom of compassion, intuition, and acceptance.

This Feminine wisdom has lain dormant for centuries stomped out by the patriarchy.

So the daughter of the patriarchy must reach back…to a time long, long ago. The Daughter of the Lie must leave the home of her mother, and return home to her true Feminine Power.

She will crawl in the lap of the Sacred Feminine, and rest in the knowledge that she is enough, just as she is.

When she knows this deep in her bones, She can stop doing, and lean into being. Listen, rather than broadcast. Respond intuitively, rather than control. Her time is now. Then she will fly.

Only then, can she get her wings back.

[This is adapted from my book Daughters Rising- Rising Above the Hidden Messages of Guilt, Shame and Self-Doubt Mothers Pass Down to Daughters. ]

To find out if you are trapped in the Good Daughter Syndrome -go here.

BPD Mother: 7 Negative Ways She Affects Her Daughter And Why

( The effect of being raised by a BPD mother ) For most children, Mom is a safe home base. She is the lap you come home to... and the lap you push off from. In the developmental dance from dependence to independence, a daughter needs Mom as the solid base of support-...

END_OF_DOCUMENT_TOKEN_TO_BE_REPLACED 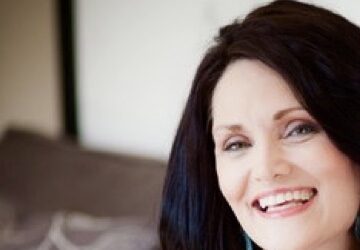 If you've landed here... you know I've created an entire website devoted to calling out difficult mothers and helping their daughters. Yikes! I've taken the hardest job on the planet (motherhood) and shone the spotlight on the cracks. How dare I be so hard on...