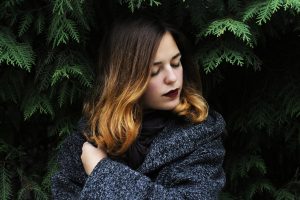 Is Mom a helicopter, overly involved mother…or does she suffer from covert narcissism?

Mom knows best! Mom to the rescue! Mom is always right! Right? Humm.. the culture stands back and cheers, loudly! But where does good intention end and overreach begin? A closer look at the covert narcissistic mother would show you this mother micromanages her daughter’s every move.  She pushes for perfection in her relentless pursuit to orchestrate her daughter’s successes and her parenting glory.

Unlike the braggadocious narcissistic male counterpart, the covert narcissistic mother gathers up her narcissistic supplies in more underground, covert ways. Attuned to social expectations, she uses her position as a doting mother & super mom as cover.

These mothers involve themselves in their daughter’s every decision—so involved, in fact, that their daughters are not allowed to make decisions on their own. This level of intimacy between mother and daughter may be seen by many as, “all good.”

“Look, they are so close. She tells her mother everything. They are just alike. “

However, a more careful look reveals a destructive dynamic.  Mom’s needs for relevance is met at the expense of her daughter’s need for independence and self-sufficiency. The apparent closeness of the mother-daughter relationship can obscure the reality of the situation—Mom is relying on her daughter in ways that are unhealthy.

Does the covertly narcissistic mother know what she is doing? I would say, rarely, if ever. It depends on the level of narcissism.  On the extreme end, (enough to qualify for NPD) Mom feels compelled, driven in fact, to pour herself into her daughter’s life without possessing the reflective capacity to see the negative effects of doing so.

The narcissistic defense renders her emotionally blind to what she is doing to her daughter.  In this case, the needs of the mother, not the daughter, are the central driving force in the relationship.

If, on the other hand, she only has traits of covert narcissism (and what mother doesn’t, hand raised) mom can step back and consider if her involvement benefits her daughter. She enjoys her daughter’s successes and her part in them, but she doesn’t need it for emotional survival.

If you are the daughter, try this exercise-

Imagine telling your mother “No”.

“No, I don’t like the dress you picked out for me. It isn’t my style.”

No, I won’t be spending Thanksgiving day with you. We will be at my in-laws. “

Does this feel mildly awkward or do you respond with, “OMG I could never say that”? Why? What makes the difference in how you respond? The daughter of the covert narcissist bumps up against an unconscious taboo she didn’t know was there. The taboo has such force; she will do anything to avoid it-including sabotaging her own happiness.

And, what is this taboo? She can’t, mustn’t, shouldn’t… reject Mom. Why? Mom’s psyche can’t handle it.

Mom’s insecurity is the central reason for her narcissism. The narcissistic defense is standing guard at the edge of a bottomless pit of mom’s need and feelings of worthlessness. That’s why mom can’t withstand rejection. Rejection threatens to push her over the psychological edge. Any hint of rejection is met with a steely look, tone of voice, or a stony silence that can last for days.

The attuned empathetic daughter in the role of the “good daughter”  carries this burdensome knowledge around in her psyche and her body. She can’t unknow what she knows.

Her attunement to mom locks her into an impossible dilemma. She is faced with the choice, take care of mom or take care of herself. In this way, what’s good for mom can be very bad for her daughter. Many mothers today feel enormous pressure to over-involve themselves in their daughters’ lives. This involvement doesn’t have to end in dysfunction. However, the mothers who can’t let go when the time comes are at risk for hurting their daughters. The daughters most attuned to mom and her needs are at risk of getting stuck in the “good” daughter role and suffering from what I call the Good daughter Syndrome.

Find out if you are suffering from the “Good” daughter Syndrome here.

There is a way out and a way home to yourself.

But first, you need to know what you are dealing with. Awareness is power. Get yours. 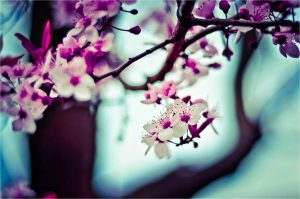 Brisa Silvestre
19:07 15 Feb 21
I absolutely treasure every single moment I spend in Katherine’s presence. From the very first time we’ve met, I felt very safe and cared for around her calm and nurturing energy. Katherine is truly empathetic and such a generous and thoughtful person. From my perspective, Katherine is one of those really special beings that you encounter once in a lifetime- if you are lucky enough. One of the things that makes being around Katherine so special is- no matter what the subject I was sharing with her, I felt that she was 100% present with me and actually practicing active listening (a skill that only a few possesses). Katherine’s judgment-free and kind approach, guided by her decades of counseling experience and her intuitive intelligence, gave me ease and strength to make choices that would elevate my relationships with my family, my partner, and beyond, while allowing me to process any left over emotional blockages that were obstructing me from healing and deep connection. I’m so grateful to have Katherine in my life, and I greatly appreciate her for inspiring me to continue to grow.

Stephanie Emerson
21:53 06 Feb 21
I've had the pleasure of knowing Katherine professionally and personally for two years, two very challenging years of my life. And I truly believe that our conversations empowered me to thrive. She has the ability to support you while listening and then by summarizing your words in the most authentic way. We began our relationship in person and were then forced to communicate by phone and through Zoom, her brilliance never dimmed, and I always look forward to connecting with her!

Lisa Canfield
18:51 13 May 20
If you are struggling with "mother issues," or any other issues, i cannot recommend Katherine highly enough. She helped me figure out things about myself that have bothered me for years, that i never understood, that i thought were just part of being "screwed up." I wish I'd found her 10 years sooner, so i could have understood where my pain comes from and be a better mom to my (now adult) kids. if you are thinking about working with Katherine, seriously, don't wait like i did. she understands this because she's lived it herself and she really can help.