( Moms who cling to their daughter)

When Mom clings to her daughter and stops looking for closeness with her husband… she sets a dysfunctional destructive cycle in motion.

This destructive dynamic happens all too easily. Dad says something clueless or in mom’s view, thoughtless, and a knowing glance towards her daughter is followed by an EYEROLL. Before you know it, mom and daughter have a repertoire of jokes, mutual understandings and you guessed it -a  closer relationship than her parents have with each other.

This dynamic originally makes Mom feel affirmed and her daughter enjoys a free ticket into the adult world of relating. A ticket, I would argue that does more harm than good. Because the daughter isn’t developmentally equipped to handle the adult realm of an emotional partnership (and shouldn’t be), the partnership she has with mom is by definition, one-sided. It is not the partnership of equals.

If this dynamic continues, what happens?

Over time an implicit familial agreement solidifies; a daughter is the only one who “gets mom” and therefore she feels the pressure to see that mom’s emotional needs are met. More times than not her parent’s marriage grows stale and the daughter is trapped in a dynamic that holds her back from following her own developmental trajectory- the role of the “good” daughter. All may look picture perfect on the outside, no divorce, a father in the home and mother/daughter closeness-

What could be wrong with that?

In this case, just about everything.

The beautiful family Holiday card hides a dysfunctional secret. Mom and dad’s marriage is dead on the vine and the attuned daughter trapped in the role of the good daughter is sacrificing her normal striving for independence. In this stifling environment, nothing healthy grows.

Conversely, in a healthy family environment, the parents are attending to each other’s needs well enough so that the children are free to develop, differentiate and eventually set off on their own. In this darker dysfunctional scenario, the daughter is trapped in an impossible dilemma. Because she is attuned to mom and knows her moods like the back of her hand, she feels it is her job to take emotional care of mom.

Anxiety, depression, or eating disorders may have at their psychological core a daughter who doesn’t feel she has permission to grow up and away from mom. Like a Chinese finger trap, the grip only tightens when she tries to get free. Attempts to differentiate bring on guilt that constricts and suffocates.

How does this dynamic play out?

When the daughter does dare try and pull away from mom, mom grows more and more controlling. Mom can’t let go. What are normally tense times around boys, makeup, and clothing choices become full-out Amagedon battles to the death- the death of the daughter’s independence. Mom becomes ultra-critical of her daughter.

What underlies this criticism? It isn’t that her daughter is doing anything (necessarily) wrong, the ultra criticalness stems from mom’s realization her daughter is growing up and away from her. This is confusing and unfair for her daughter who doesn’t understand why she is suddenly coming under fire. In response to mom’s hyper control, daughters frequently respond in one of two ways;

1)  They buckle under, lose their quest for independence and often times with it their thirst for life.  They turn in on themselves in destructive ways. Depression, cutting, eating and anxiety disorders are all ways girls turn the rage they feel in on themselves.

2) Alternatively, they meet fire with fire, control with counter control and wage all-out defiance of their mother’s control- Alcohol and drug abuse, promiscuity or random rule-breaking. In a perfect dysfunctional storm, they express their rage in a way that will cause them to feel shame and guilt, resulting in a return to mother “who knows best”.

Often times, parentified daughters go underground and hide their acting out behaviors. They continue to feel ashamed of themselves and don’t have a full understanding of their actions. 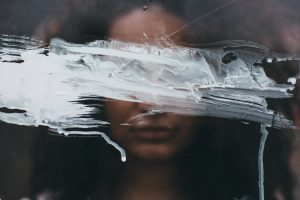 Because of the built-up rage at having been unfairly handed a role that wasn’t their’s, to begin with, coupled with crippling guilt at betraying mom, some daughters act out in ways that express that rage while making them feel bad about themselves. A perfect storm of enmeshment, rage, guilt, and betrayal results in a cycle that ends with the daughters return to her partnership with mom. Neither response, either internalizing the battle or throwing themselves into an external battle help them gain an independence they can feel good about

What happens when the parentified daughter has her own daughter? Both the complacent daughter and the former rebel are likely to return to the fold without having fully established themselves as separate adults. Life may feel bleached of its vibrancy and the adult good daughter may not know why.

If mom stays at the center of her emotional life her adult daughter will have a hard time establishing and maintaining a full sexual and emotionally intimate relationship with her adult partner. Sadly, without awareness, she will also have difficulty letting her daughter fly guilt-free into her own life. Yet, with awareness and hard work, the cycle can be broken.

It is never too late to live fully into your own life.

To find out if you suffer from the Good Daughter Syndrome- go here.

When Mom clings to her daughter and stops looking for closeness with her husband... she sets a dysfunctional destructive cycle into motion. Click To Tweet Anxiety, depression, or eating disorders can have at their psychological core a daughter who doesn't feel she has permission to grow up and away from mom. Click To Tweet When a daughter is attuned to mom and knows her moods like the back of her hand, she may feel it is her job to take emotional care of mom. Click To Tweet If mom stays at the center of her emotional life her adult daughter will have a hard time establishing and maintaining a full sexual and emotionally intimate relationship with her adult partner. Click To Tweet When daughters are parentified, both the complacent daughter and the former rebel are likely to return to the fold without having fully established themselves as separate adults. Click To Tweet A perfect dysfunctional storm of enmeshment, rage, guilt, and betrayal can result in daughter's return to her partnership with mom without having established a healthy independence. Click To Tweet

Brisa Silvestre
19:07 15 Feb 21
I absolutely treasure every single moment I spend in Katherine’s presence. From the very first time we’ve met, I felt very safe and cared for around her calm and nurturing energy. Katherine is truly empathetic and such a generous and thoughtful person. From my perspective, Katherine is one of those really special beings that you encounter once in a lifetime- if you are lucky enough. One of the things that makes being around Katherine so special is- no matter what the subject I was sharing with her, I felt that she was 100% present with me and actually practicing active listening (a skill that only a few possesses). Katherine’s judgment-free and kind approach, guided by her decades of counseling experience and her intuitive intelligence, gave me ease and strength to make choices that would elevate my relationships with my family, my partner, and beyond, while allowing me to process any left over emotional blockages that were obstructing me from healing and deep connection. I’m so grateful to have Katherine in my life, and I greatly appreciate her for inspiring me to continue to grow.

Stephanie Emerson
21:53 06 Feb 21
I've had the pleasure of knowing Katherine professionally and personally for two years, two very challenging years of my life. And I truly believe that our conversations empowered me to thrive. She has the ability to support you while listening and then by summarizing your words in the most authentic way. We began our relationship in person and were then forced to communicate by phone and through Zoom, her brilliance never dimmed, and I always look forward to connecting with her!

Lisa Canfield
18:51 13 May 20
If you are struggling with "mother issues," or any other issues, i cannot recommend Katherine highly enough. She helped me figure out things about myself that have bothered me for years, that i never understood, that i thought were just part of being "screwed up." I wish I'd found her 10 years sooner, so i could have understood where my pain comes from and be a better mom to my (now adult) kids. if you are thinking about working with Katherine, seriously, don't wait like i did. she understands this because she's lived it herself and she really can help.